Many Koreans both young and old enjoy lingering for an hour or two over a café latte, especially on weekend afternoons. In the evenings, bigger cafes in Seoul usually sell bottles of beer and cake by the slice. Even during the holidays and in the middle of summer, Korean cafes are as crowded as ever. Nobody wants to sit outside, so any place with air conditioning is filled to the brim— and so are the patrons’ cups.

There’s a Café For Everything

Korean café culture is actually so well-documented that it’s difficult to avoid hearing about before visiting. People come from all over to see the famous theme cafés; if you have an obsession, just google “café + obsession of choice” and something will pop up. There are seasonal cafes, ordering windows lining the street, bakery cafes, theme cafes, and ajummas with carts selling souped-up cups of instant coffee for ₩500 ($0.45USD). There’s even a popular Korean online meeting place called Daum Cafes. However, these are only in Korean and largely composed of blogs & forums for K-pop artists.

During their visit to my small town in 2017, even my ageing parents (their description, not mine) were charmed by the sheer cuteness of the cafes, as well as the quality of Korean coffee. The country’s café obsession goes hand-in-hand with their quality coffee obsession. Every year I lived in Korea, I even spent a weekend going into Seoul for one of Korea’s biggest Coffee Festivals, an annual event that never fails to draw a crowd. Yet alongside the massive popularity of origin-conscious coffees sipped on couches in cozy cafes, every morning I would see empty packets of instant sludge on my co-workers’ desks.

It’s not just their habit of hoarding trash that got me paying attention, either. It’s the fact that there they seem to manage to devote equal amounts of time to each type of coffee. Though there remains a legacy of tea drinking, coffee reins king in South Korea. The people demand their caffeine fix. But they also appreciate cheap leisure time in a café, where sodas and juices cost as much as a latte. Cell phone stores, banks, and even the dentist have hot water stations & packets of instant Maxim coffee mix.

Instant coffee is unfortunately a manifestation of the 빨리 빨리 (bbali bbali; do it faster) aspect of Korea. It seems to be the default setting for its high-achieving citizens. But the café culture reveals both this sped-up version of Korea, as well as its dwelling-with-friends-over-drinks tendencies. For those who were worried that I’d even have an internet connection in South Korea, here’s a bit of background on the country.

About sixty years ago, after the Korean War ended, the southern half of the peninsula insulated itself very heavily. It relied only upon goods which it could make, and then exported the excess in order to very quickly advance its economy. The nation was very successful in this endeavor, and only about 35 years ago did it really open itself up to tourists, much less outside investment. It is with this very isolated and nationalistic mindset that Koreans have moved forward and grown up.

Only people in my generation and younger have been exclusively exposed to a more globalist iteration of Korea, a historical detail which has also affected Korean chocolate culture. Anyone over 30 has spent some time in a very isolated version of this country that I called home for three years. The nation is an economic success story, and has managed to maintain many of the traditions of the culture, and often melded them with more westernized globalizing cultural ideas– like morning coffee rather than tea. Though the tradition of tea-drinking in Korea has held pretty strong, it has decidedly been bested by coffee consumption.

In Korea, new theme cafes can seemingly pop up in a weekend and become an overnight sensation, only to disappear a month later. Especially around the holidays, department stores serve as incubators for any number of newer businesses, many of them food- & beverage-related. No matter what the size of the store, however, aesthetic always comes first. Sometimes businesses sell on a theme, ranging from Kpop décor, live animals, or a sand beach set-up in the corner of their property.

Transparency of origin IS the theme for many a café. Such spots generally charge ₩5000 or more for a tiny cup for house-roasted brew, flavor notes included free. In Gangneung, a beach city on the eastern coast, there’s a café which keeps a greenhouse & grows coffee bushes. The dedication can get intense. There are coffee festivals across the country, a massive Coffee Festival in Seoul, as well as gatherings for current and potential café owners.

I was very impressed with this highly organized and realistic approach to coffee when I first got here. That impression has not faded. If subtle complexity and fancy brewing is what you want, then most sit-down cafes can fulfill your requirements. Same goes for a leisurely, or quick, americano over ice. And as always, I promise it’ll be filled to the brim.

As excited as you may be to now go off to Korea and bask in the warmth of pleasant cafes and delicious desserts, first you may want to consider the language barrier. I don’t discuss it much on this site, but for a native English speaker, Korean is one of the harder languages to learn. Lucky for us, however, much of Korean coffee culture’s rich vocabulary is plucked straight from English and slapped with a Korean accent. “Coffee” is said kaw-pee, “vanilla latte” is said banilla la-dday, and “americano” sounds basically the same but with a rolled r.

So to compensate for the accent, and introduce some useful Korean coffee vocabulary, I’ve compiled a shortlist to help you order. Many Koreans speak enough English to understand your order, especially in Seoul and other big cities, but it’s always polite to throw in a little Korean, in case you run into someone for whom languages is not their area of expertise.

If you found this post on coffee in Korea to be interesting, then please pin it so that others can find it! 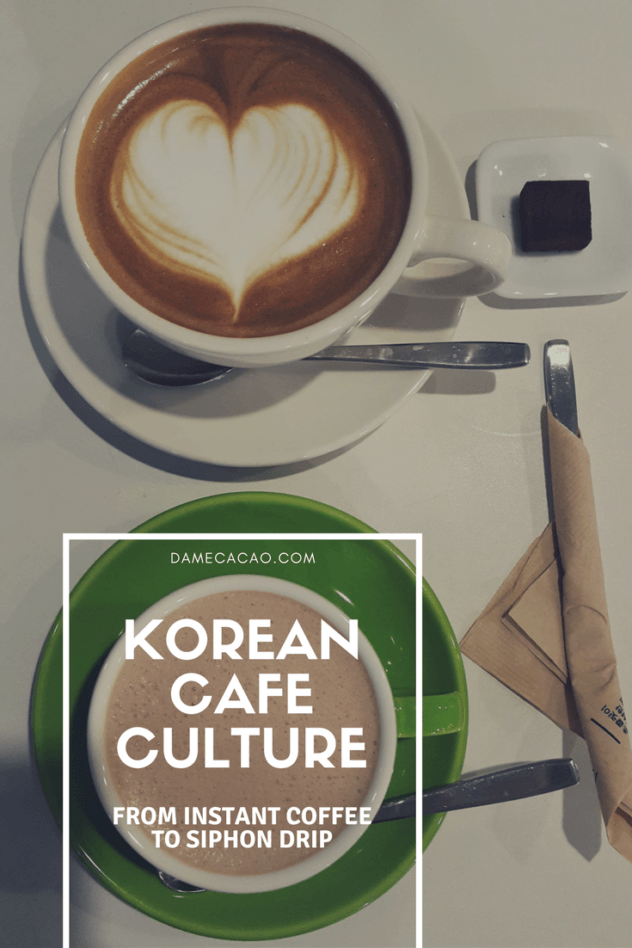 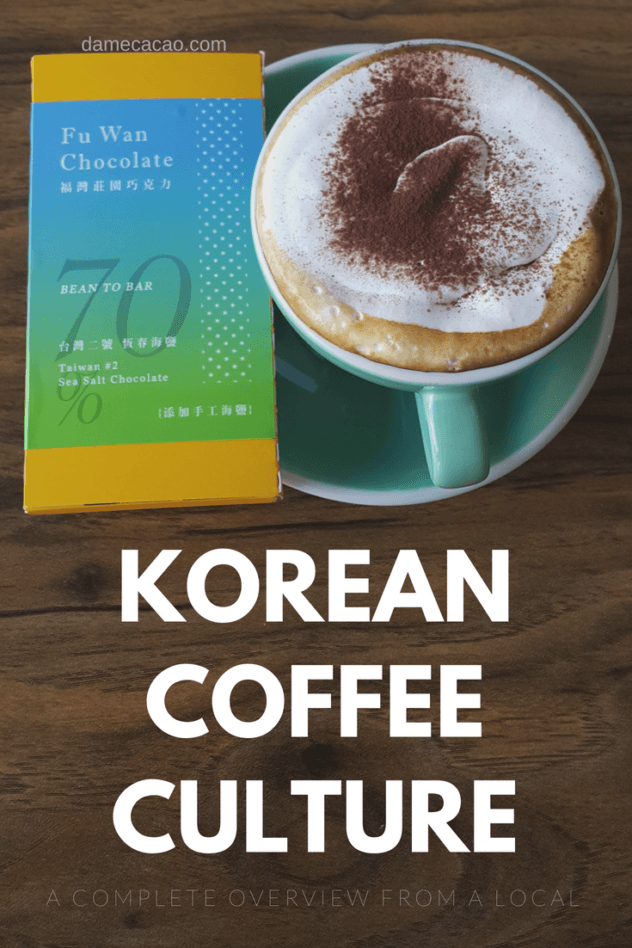 Most Korean coffee is delivered to you on trays— likely because most people also order food and settle in for awhile. What’s your favorite coffee drink in your hometown?

Really interesting article! But I was told with food, takeout is pojang ha da, but with coffee, you actually just say, "takeout."

Thanks, Jennifer! Yeah, it's possible that "takeout" is more common or proper for coffee specifically, but when I was first learning Korean, coffee vocabulary was at the top of my list and a Korean friend told me to ask for it "pojang." Though now that I think about it, I definitely hear "takeout" more often. Thanks for the tip!