December 2015: Chocolate & Christmas on the Cape

Ah, the return after your first long trip abroad. The return to routine. My long-awaited chocolate making equipment arrived this month, and it marked the beginning of an era. I made a goat’s milk chocolate, and saw family on Cape Cod, for the last time for a long time.​ I missed the beach quite a bit this month, since I had been counting on some down time in the sun in Lima, but that never came. Surprisingly, Lima was very foggy, which I suppose I’d have known if I had done enough research on the weather, but c’est la vie. Tthis month was mostly sitting around and reading, and being trapped in my house, a massive change after Peru.

Less than a week after getting back, I headed down south to North Carolina to visit friends and do various errands in the area before everything shut down for winter break. I brought my first homemade chocolate with me and it made the rounds in town, I went salsa and blues dancing, and partook of general merriment. It was nice, if a bit strange. The food tasted the same and friends looked familar, but I felt apart form it all.

Generally, I did a lot of the same stuff I did before leaving, throwing me back into the mindset I never thought I could be in again. I slept very little, but what is youth for, if not to drink all of the coffee? I might have picked up a slight caffeine addiction which working on a coffee farm in Ecuador.

After my first long trip abroad, I think the biggest change to my personality is willingness to accept change of language, home, culture; and my maturity level. It’s like a dream, picking back up where I left off before stepping onto that first plane. Every minute of the past seven months seems so far away. The setting of “home” hasn’t changed much, so I can switch right back into American mode, and turn off the little voice screaming at me about how expensive everything is. Prices are all in familar American dollars, and that’s what home means, right? Familiarity? Pictured: enough money for two months of voluneering in Peru.

The biggest thing I had to overcome is actually my strangely Spanish instincts. Though I spoke in English maybe half the time I was in Latin America, daily life happened in Spanish. I adapted. As a result, I now have somewhat strange vocal reflexes that I have to stretch back to original form. I became wholly accustomed to reacting to different-looking people in different languages as part of my jobs and daily life, and that habit has not yet shifted. At the same time, reactionary phrases like “thank you” or “pardon me” were re-programmed into Spanish long ago.

Even if I would have normally reacted to somebody by speaking to them in English, apologizing or asking questions starts in Spanish in my head. If I forget where I am and don’t translate it, it also emerges from my mouth in Spanish. Sometimes it then just sits on the table between me and the other person, both of us looking confused as to why nobody is saying anything. Then I realize. It’s because they have no idea what the heck I am saying. So I repeat it, consciously translating it into English before it leaves my mouth.

This has been the most difficult part of coming back to the US. Honestly, it’s not a huge hardship. I had a lot of free time in Decmber, for reflection and re-adjustment, and my conclusion? Take me back, Latin America. But maybe give me a month off, first. When I came home, initially I went dancing & climbing, and finished up the great milk chocolate experiment of ’15. I kept busy for awhile. Enjoyed some chilly weather for once. I took my month off. Another Christmas on the Cape

During the holiday season I hung out with other friends home from school, and the fam made the annual trip up to Boston for Christmas. Presents were placed under the tree, and a 7-year-old, just a little big for her age, unwrapped most of them. Cape Cod is one of my happy places, one of only a few which haven’t yet been torn down or sold, and my grandma is a big reason for that. She may be old and frail now, but damn she can tell a story.

Then I passed New Years with my best friend, and I made more chocolate, but my month of rest was starting to get old. So I spiced it up; the next day I got an MRI, and then roasted my first batch of coffee in my new roaster. Gotta love those fancy hospital gowns! And thank God for coffee. Especially cold brew, which is amazingly easy to make at home, and supposedly less bitter than the regular stuff. I sense a tradition brewing.

A few days into the new year my big sister drove me down to school and helped me move in— what a sweetie! Though we totally fought the entire time. So I settled into my new house, and did the whole studying & dancing thing, occasionally not leaving my house for the whole day. I promise that January will be just as intermittently interesting! Over the next few weeks I hope to be able to interview two more chocolate makers, and explore a local coffee roaster’s workspace. What are your winter plans? 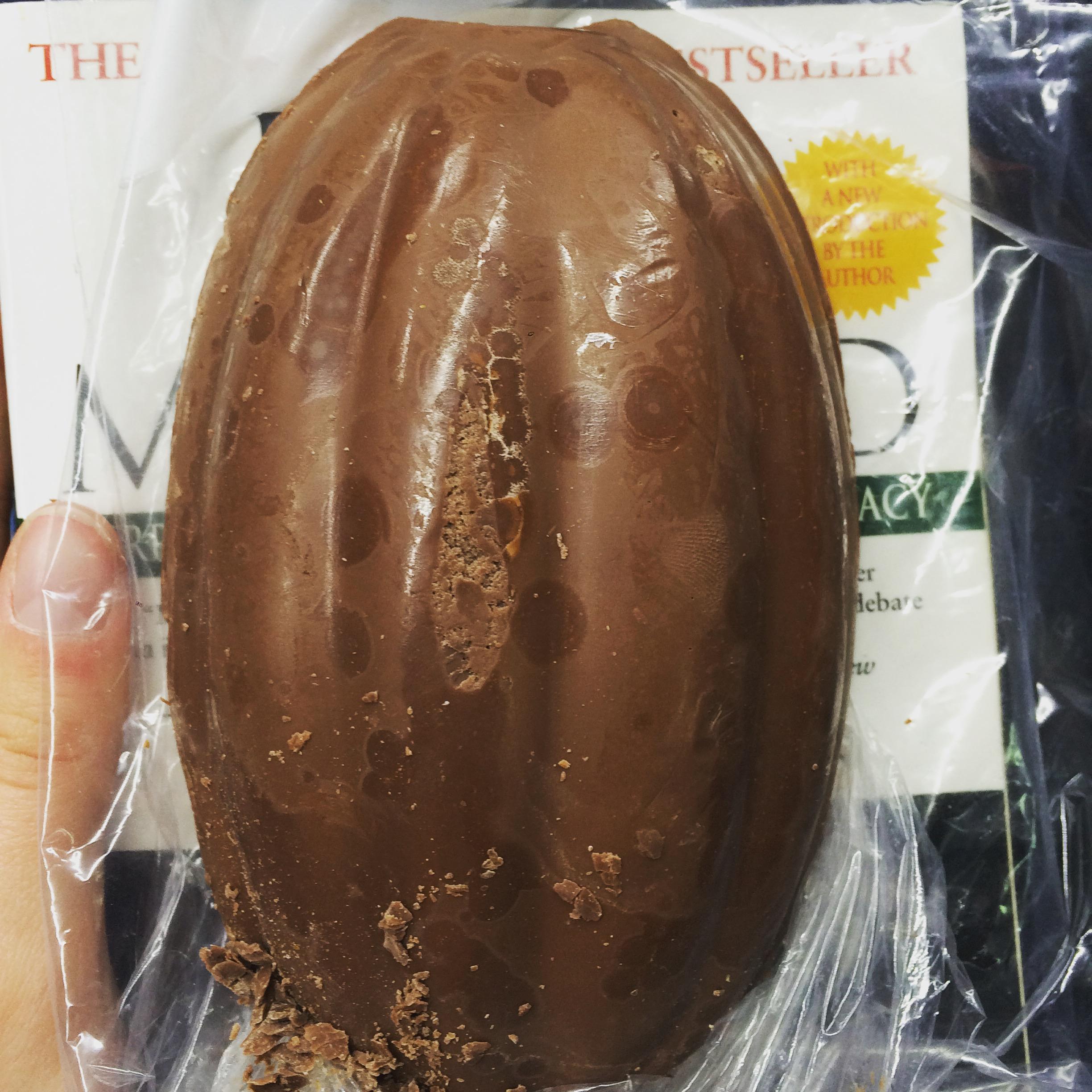