May 2017: Exploring Hong Kong Before Settling in for a Good Cry

I woke up to the threat of rain in Hong Kong. For the rest of the three days I spent there and in Macau, the weather held off, though it poured and delayed my flight by an hour once I arrived at the airport. In all, I found the food to be quite good, though not my favorite of the countries I’ve been to, and in general it was easy to get around and navigate. I actually ended up finding my way around Hong Kong and Macau with no phone or internet, so suffice it to say that there was some backtracking going on every time I left the hostel. Later in the month, I took my parents around my new country, experienced traditional Korean culture in Gangneung, and cried my eyes out for a few hours. Randomly, a friend from Korea actually ended up being in Hong Kong with his dad & stepmom at the same time as me. So on a public holiday, the four of us made it to the hot spot of Victoria Peak, tramming up to the top and stopping first to visit the wax museum on top of the mountain, and then to take some pictures at the famous viewpoint. After that, we lugubriously worked our way around different parts of the city, dripping sweat most of the time, and relaxed in their fancy hotel before parting ways after dinner.

My friend forwarded himself to Japan and I stayed behind to explore Hong Kong for one more day, and then Macau for the last day of my trip. I honestly have nothing but pleasant, hot ‘n’ sweaty memories of Hong Kong and its cousin Macau. It just didn’t have a wow factor beyond “pleasant” for me. In fact, I think that if I were alone, I might have had downright negative impressions of Hong Kong.

Over the last several months living in Korea, I have realized that I’m just not a city person, though I like to give each new one a chance. I much prefer and seclusion and nature of the country, and will do without the amenities of a city to preserve that, if necessary. So always try to see two sides of a new country when you travel there, even if there only seems to be one dimension at first glance.

Hong Kong example: the massive nature parks in the middle of the city, or the night life in the old town. For the record, I also visited several museums and opened three different bottles of wine after they left, so I made an attempt. And I remembered when I got back to the hostel why I had bought a cheaper screw-top bottle the first time, as I had no bottle opener on my person. There are definitely still purple spots on the wall of that hostel. My Parents Remain Undecided on Korea

My parents arrived at Incheon airport just two hours after me, with my boyfriend accompanying me to retrieve them. We arrived at our Seoul abode and immediately went for pork belly nearby. My parents had just been on a 15 hour flight with precious little sleep happening aboard, so we sent them to bed; since us two young people had the couch, we were basically also condemned to sleep.

The next two days the four of us hustled from place to place in Seoul, looking for the most Korean experiences I thought my parents would enjoy. This was made more complicated by the fact that my mom has a bad knee, making elevators a necessity. But we still fit in some highlights in at the Trick Eye Museum, Noryangjin Fish Market, and several cafes. Definitely one of my favorites at the Trick-Eye Museum!

The fact that my boyfriend is Korean helped immensely with translation, but once we all parted ways and I took my parents to my small Korean town, I held my own in the Korean department. My language abilities have improved a bit over the last few months, though mostly it’s my speed at understanding & forming simple questions which has improved. On Monday I had work, but I arranged for a friend to help my parents out in the morning and left my new phone with them for internet use. In keeping with previous experiences in my small town, my friends went above and beyond any expectations I may have placed on them My parents told me all about their day, with my 64-year-old dad paragliding, and both of them visiting a Korean king’s local grave & a nearby island. But they really emphasized how much better and easier the experience was made by my friends’ guidance. It really brings home my vastly different experiences visiting towns in the countryside versus seeing different Seoul neighborhoods. They only got a taste of my initial struggles in Korea, with the language barrier, not knowing anyone, and a very difference culture, but I’m glad that they got this taste of both good and bad. Neither of them has ever lived abroad for an extended period of time, so in a way they are living vicariously through me. My mom already has plans to meet me in Sri Lanka in February, but right now all that reminds me of is that they were here & now they’re not. It was a treat to have them visit me, as well as bring me some things I had been missing and meet my boyfriend, but the best part was knowing that now they will hopefully feel more comfortable with my life over here. I won’t live here forever, but I think I’ve adjusted quite well.

In my town I was able to take them to the traditional market and to buy groceries, as well as to a local Korean beef restaurant, where they saw different sides of Korea, contrasting sharply with modern, polished kpop and war-torn images of old. Right before leaving on Wednesday, they also had the chance to come to my main school and meet my two favorite classes of kids… I won’t reveal which but let’s just say that the older group was not so willing to talk.

Most of the Korean dishes I thought they would like touched their tongues, and I really hope that next time they come visit it will be to see Jeju Island or the coastal city of Busan. My kids do cute things all the time, and I love that my having learned more Korean seems to have endeared me even more to them. She even had us press some of the cookies ourselves, in locally-made molds.

I started gardening in my window after my parents left, and blew a transformer when finally trying to use the American coffee roaster they brought me. I went on the hunt for a grinder for chocolate and a new transformer for the roaster, the latter of which arrived just yesterday! We made dozens of cookies to bring to school, and all my lessons were cancelled one Friday in favor of Sports’ Day (which the kids legitimately needed to practice for).

Finally settling back into my more-packed apartment, my friend & I made arepas and gorditas with the corn flour my parents had brought me & some fresh cheese I brought from Seoul. This was a fun but expensive month, between my visitors and international vacation, plus a trip over to Gangneung (강릉, a popular coastal city) for their traditional festival. At the Dano Festival (단오제) I learned their particular way of drinking the locally-produced tea, and I tried several rice-based cookies and snacks, with flavors like pine tree powder and black sesame.

The festival is actually dedicated specifically to experiencing Korean culture, and “experiences” range from playing traditional drums to trying local specialties to washing your hair with traditional materials. But one really stuck out to me because of the positive experience we had with the patient older Korean woman who taught us. She was just very good at listening to me and making us feel like we were learning something rather than just trying a new tea, not to mention she stuffed us with enough of her homemade rice cakes to constitute dinner! I swear, if I lived in Gangneung I would have adopted this woman as my Korean grandmother. My boyfriend agreed that she was something else, and one of the nicest people he had met in a long time. But I Have a Confession

The last day of this month, we had a surprise (to me) teachers’ sports day, and I bawled like a baby. It started with just feeling really bad in general, and devolved from there until I just couldn’t stop the tears & honestly didn’t want to. It was only the third time I had cried in Korea in eight months of living here, making both of the other times all the more memorably negligible. It was a combination of a lot of things coming together, from misbehaving students to cultural differences and unintentional insults.

On top of that I was very physically uncomfortable due to not having work-appropriate exercise clothes and I felt so alone… but the day ended very nicely, with some cake & wine and good company. So I don’t want you to think that every day here is flowers and chocolates, because I do have the occasional bad day here and many of my days seem downright boring. But I keep occupied, and have picked up lots of hobbies and friendships, so it’s hard for me to even think about leaving here quite yet. Bring on that contract renewal next month. 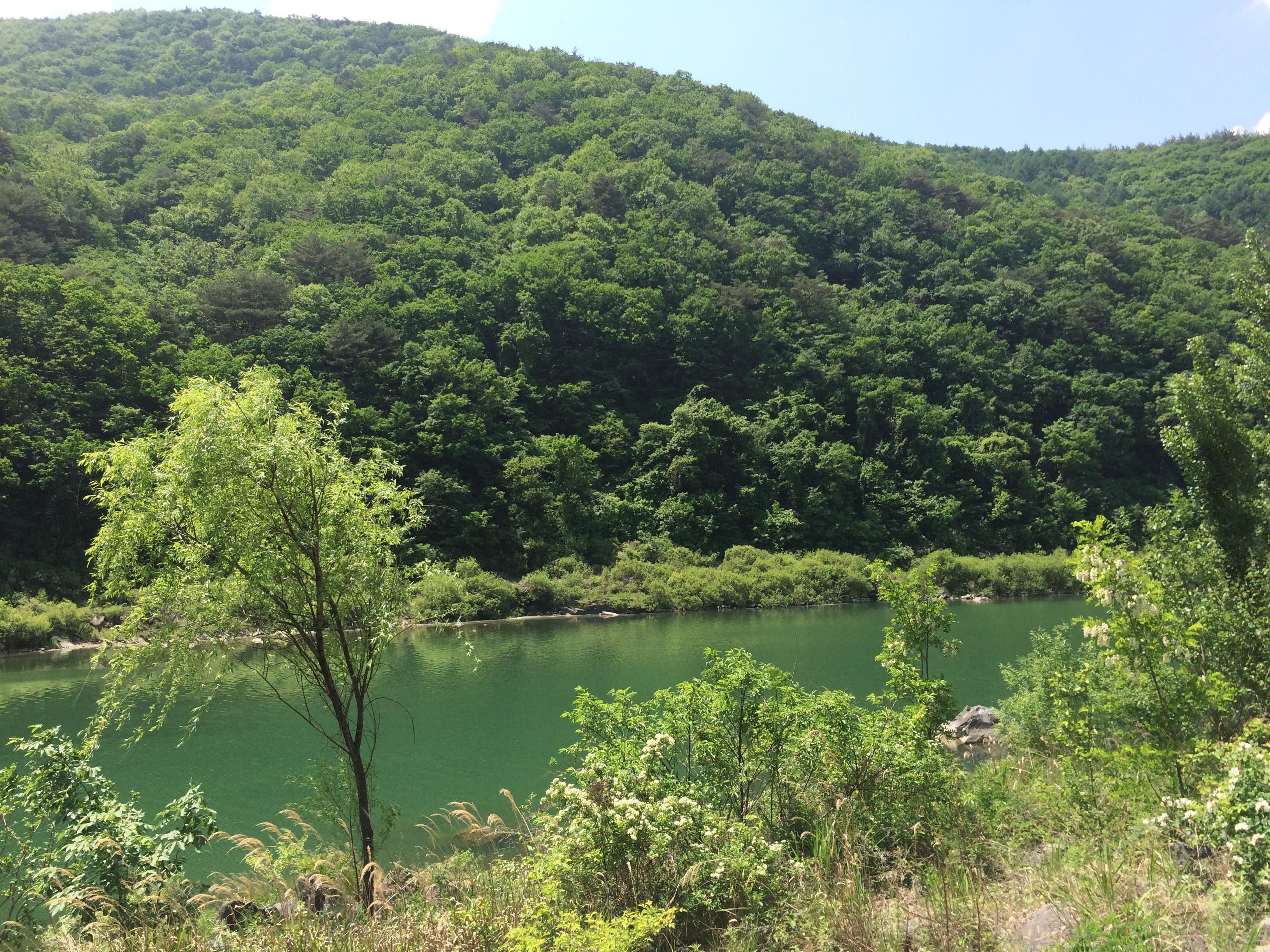 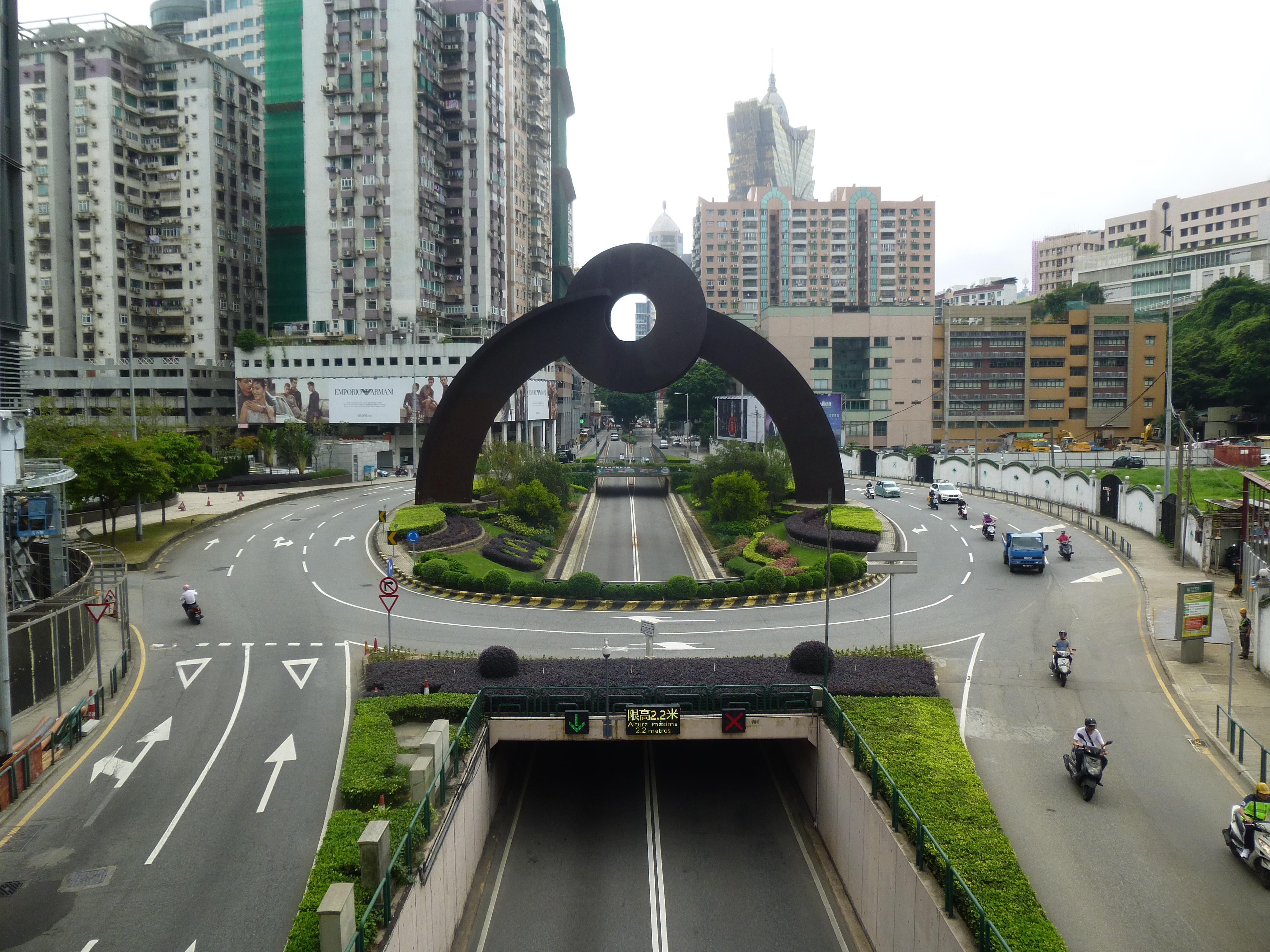 Next
Disconnected in Hong Kong & Macao