How & Why to Visit CoEx Coffee Expo in Seoul

If you’ve ever been to Seoul, you’ve seen the evidence of thousands of coffee shops, one or two per corner. Over the last couple of decades, coffee has also managed to invade the homes of millions of Koreans, and stage several annual coffee festivals in Seoul and all across Korea. Korean coffee culture has gained such a foothold that it’d be hard to find a doctor’s office or dentist’s waiting room without yellow packets of Maxim Gold instant coffee.

When you’re visiting Korea, our coffee culture is really impossible to avoid. Move aside, tea, because coffee is staging a coup. Or should I say a cupping? For 4 days every April, coffee business owners mingle and network and purchase coffee-related goods in Seoul’s CoEx Mall, taking over Halls A & B. Lucky for the rest of us, these days the festival has a decided lean towards the general public. Anyone interested is invited to attend, although non-business attendees have to pay a small ₩10000 ($9USD) entrance fee, which pays for itself in free samples.

In fact, at the same time as the coffee expo is the dessert show upstairs, entrance to which you can purchase for an additional ₩5000 (or ₩10000 if purchased separately). Lots of big companies come out to both events, not just in terms of creating brand awareness, either, but to test the market for new products. Koreans are obsessed with coffee, and the continued growth & expansion of this festival is simply further proof. 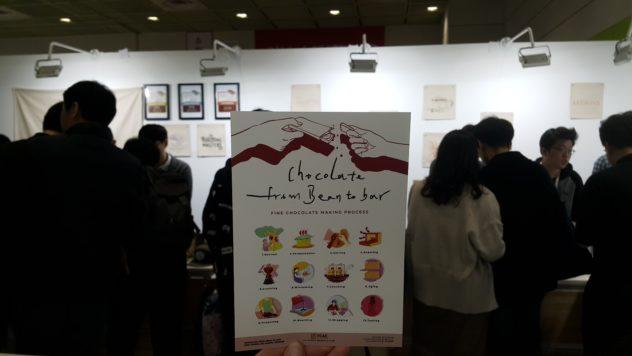 Picture from the dessert show upstairs.

There are currently tens of thousands of coffee shops in Korea, and in their race to become more popular than the other dozen in their vicinity, gadgets galore have been invented to attract more customers. Many of the visitors on any given afternoon are over 60 or under 6. The buzz has spread to all sectors of society, and the brands showing up at the event are a response to that.

All these companies are there to sell. And they’re big on aesthetics, too, setting up full​-​fledged coffee shops​ in the middle of the hall, stacked in lines until you can barely tell that the space was ever empty.​ Gimmicky drinks are around every corner, but for some fads the hype is warranted. An example is “nitro-brew” coffee, which looks like beer when it’s served, and lacks all of the bitterness of a traditional brew.

Other attractions were green coffee beans and raw cacao beans, similar to what is available at Seoul’s Salon du Chocolat, held in this same event space every January. In fact, at the dessert show upstairs, you can now find an area specifically dedicated to Korean bean to bar chocolate. If there’s a brewing method or coffee origin or roasting style you are interested in, the CoEx Coffee Expo has a booth or ten showcasing it. I urge you to go early and stay for a while. Taste all the various iterations of tea, coffee, and sugary beverages; peruse all the different booths selling coffee shop fare. Since 2019, the expo has made a heavy showing of both home-roasting and all the necessary materials, and bottled dutch coffee from origins around the world.

On the more dessert-oriented side, ice cream machinery was big in both 2017 and 2018, with a bigger focus on macarons and homemade desserts in 2019. Strangely, plain cups of brewed coffee can be hard to come by, so keep an eye out for the cafe set up at the back of the hall. They always have sandwiches, snacks, and coffees for sale.

If you’re in the market for any kind of coffee machinery, particularly roasters of any kind, you’d be hard-pressed to find a better selection anywhere else in Seoul. ​The entire event ​smells like ​roasting coffee, burning chaff​ rather than the deep aroma of freshly ground coffee that we’ve come to expect in cafes.​ But if you’re just looking for something to occupy your time as you sip on sample cups, the barista championships are also held in the convention center. Throughout the day you can catch your favorite coffee aficionado onstage, according to the posted schedule. Visitor Perks & Who to Expect

Throughout the show they’re both selling and sampling drink mixes, cocktail flavorings, and food powders; basically, anything you would find being used in a Korean cafe is up for grabs. Much of the stuff is high quality, and some bigger sellers gave out dozens of different samples.

There was a table in the middle of the convention hall which was giving out boxes of iced tea in exchange for liking the company on Facebook and posting a photo of the tea on Instagram! At some point I was just walking along when a small cup of frozen yogurt was aimed towards my hands and I was urged to “try this” as I kept walking. When I turned back he was engaged in conversation with someone else. So hey, free yogurt, too. 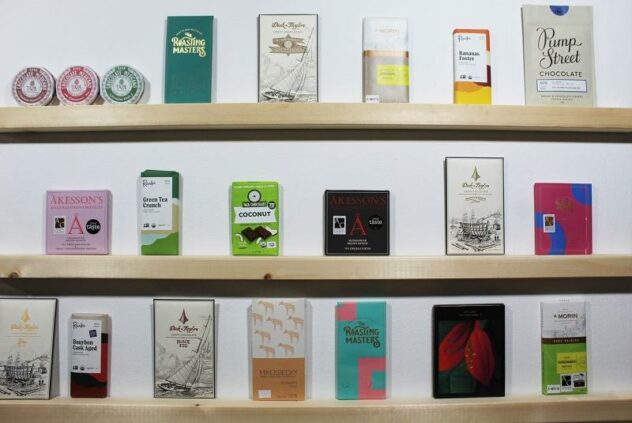 Over the course of this show, in just one day, you can meet a large cross-section of the craft food enthusiasts calling Korea home. During the 2018 show, I met a man from Indonesia who offered to show me around Jakarta if I ever make it to his country. Then I spoke Spanish with a Korean who lived in Guatemala for several years; later I discussed Hawaiian coffee with a seller who sources his coffee directly from his friend’s farm.

All of these conversations and passings-by made me wish I were more involved in this festival, and I already can’t wait for 2020, should I be able to go. 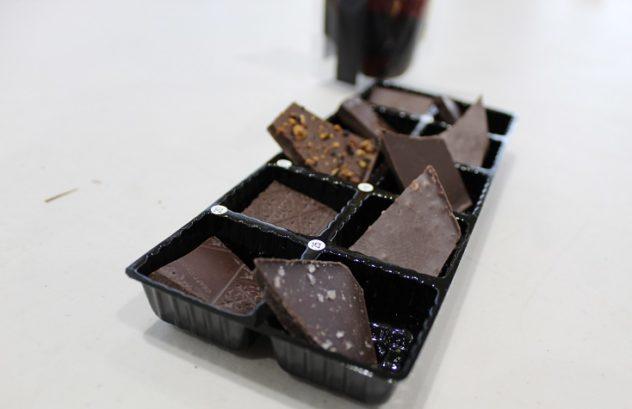 General Admission: ₩10000 per day, though the price is less for kids and free if you pre-register online way ahead of time. It’s an extra ₩5000-10000 to also visit the concurrently-held Dessert Show.

Event Location: One of CoEx Mall’s Exhibition Halls, usually B or D Have you ever been to a food festival? What are some cool ones in your town?

Colorful Coffee Culture in Korea that nowhere else to be seen? – hyejinwrites

[…] celebrate and appreciates coffee in another level through various Coffee festivals held every year. Coffee festivals is not only a place for pros in the coffee industry to attend to because even a coffee lover can […]