Even if you only have a few days to explore the Galapagos, there’s no reason you can’t make the most of it. If you carefully choose what to do, where to eat, and where to stay, those few days of memories will be guaranteed to last a lifetime. So come along. Let’s plan your trip.

How to Get There & Back

First of all, you must start in mainland Ecuador, as any journey which doesn’t first pass through there is illegal. While boats are certainly available from the coast, and a cruise around the islands is a popular option, the majority of people come by air, including myself. San Cristóbal has the most-used airport of the ones on the Islands, and round trip flights from the mainland can be very affordable. Airplanes are by far the fastest mode of travel, and I found that getting through security and finding my gates was very easy, though admittedly I only had a small backpack carry-on.

Most of the quotes I have heard for high season have been around $400-500USD round trip from Quito during high season, but tickets during low season can be just $272USD, taxes and all. It’s about 45 minutes to Guayaquil, and another hour and 45 minutes from Guayaquil to San Cristóbal. I have no personal experience coming by boat, but you can find helpful info on cruises and their pricing & timing by checking out this website or this one. An important note is that the only cell phone provider on the island appeared to be Claro; you have been warned.

Where To Stay In San Cristobal + Transportation

While planning, I checked liberally online. It’s important to also factor in that none of the places are going to already include the mandatory 12% VAT to be paid to the state of Ecuador on top of your hotel fees. As far as I can tell, there is no such thing as a dorm-style hostel like you would find in many big cities.

Getting around is very easy, with all taxis costing a dollar or two per person to get to most any spot on the island. Just like mainland Ecuador, US Dollars are the currency of choice. Basically all of the taxis are informal, so just ask the owners of your lodging if they have a usual driver or can call a taxi for you, if you are wary of getting ripped off. I had only good experiences with these taxis, however, especially the one that took me on the grand tour of the island’s closest sites. Bikes are also quite easy to find and rent, and have become a popular choice for spending a day trying to see all the closest tourist attractions on the island. As for where to base yourself:

BUDGET OPTION: Hostal Terito (La Posada Territo). This is where I stayed while on the island, as well as a friend of mine awhile back. The couple who runs the place is super sweet, and my private room & bathroom was cleaned every day, as well as having passable wifi access at all times. And all for just $20 a night! I’ll certainly stay here again when I come back to San Cristobal.

MID-RANGE OPTION: Royal Bambu Inn. Though I did not spend the night here, I visited and spoke to the owner, Eduardo, and he was very nice. The food is supposed to be delicious as well, and I would have stayed here in a heartbeat had I not already booked other accommodation well in advance.

LUXURY OPTION: Casa Playa Mann. Everyone is raving about this place on TripAdvisor, Booking, Hotels, etc., but it seems to also be one of the most expensive places on the island. Think over $100 a night. So if you are looking for more luxury-style accommodations right on the beach and a generous host couple, look no further.

Things to Do in San Cristobal

Oh, this could go on for hours, but I’ll just namedrop a dozen or so of my favorite activities. I wish I could also include pictures of each, but you’ll just have to go check out my travel tips for Ecuador to see a few more snapshots from the island.

Eh, I said only a dozen things to do on San Cristobal , but there is honestly just so much to do, and each activity probably deserves its own post, but I do not have the time to do that, nor the desire… I’d probably just cry and then kick myself for ever getting on the airplane to leave.

Where to Eat: Dinner & Dessert

While there is certainly fancy and expensive food available in abundance on the Island, my favorite haunts were more in tune with mainland Ecuadorean prices. I was trying to backpack, after all. In particular there was a family joint called something like Sabores de Esmeraldas, which had fantastic flavor and a price point between $4-5 depending on the meal. Though they do not have a website, it would be worth walking around seeking them out for their fabulous juice/soup/entrée menu of the day, full of the Afro-Caribbean flavors that actually made me think of Cuba at first; they are located just off the main square in town, two buildings closer to the shore. Some other restaurants with more formal dining rooms that I and my friends who live there & would recommend are:

With the proximity to the equator, there really is no bad time to visit in terms of sunshine and warm weather. So it depends on what you are looking for from your time on the island. I was looking for peace and tranquility, as well as a dollop of tourism; just enough to see the main sites and not feel rushed. So for me, the low months of September/October or  April/May are preferable. However, if you are looking to do a lot of traveling around the islands and can afford to shake your wallet for all it is worth, I’d recommend high season.

A particularly good time is in January-March when the kids are off of school and everyone is running around and offering tours every day of the week. I had trouble finding a snorkeling tour on the one day I could do it, though if you’re willing to pay, there’s always someone who can fulfill a need. Especially if you only have a week or less on the islands, high season is when there is always someone willing to take you out on their boat or show you their home, albeit often for a price.

Because it is an island there is really nowhere for criminals to hide, so the police can often be spotted messing around on their cell phones or just cruising around wasting gas. It is not a bad trade-off, in my opinion.

My Budget: 6D/5N (including flights)

Nearby islands include Isabela & Santa Cruz.

Did this post help you plan your budget trip to the Galapagos? Save it on Pinterest so that it can help others, too! 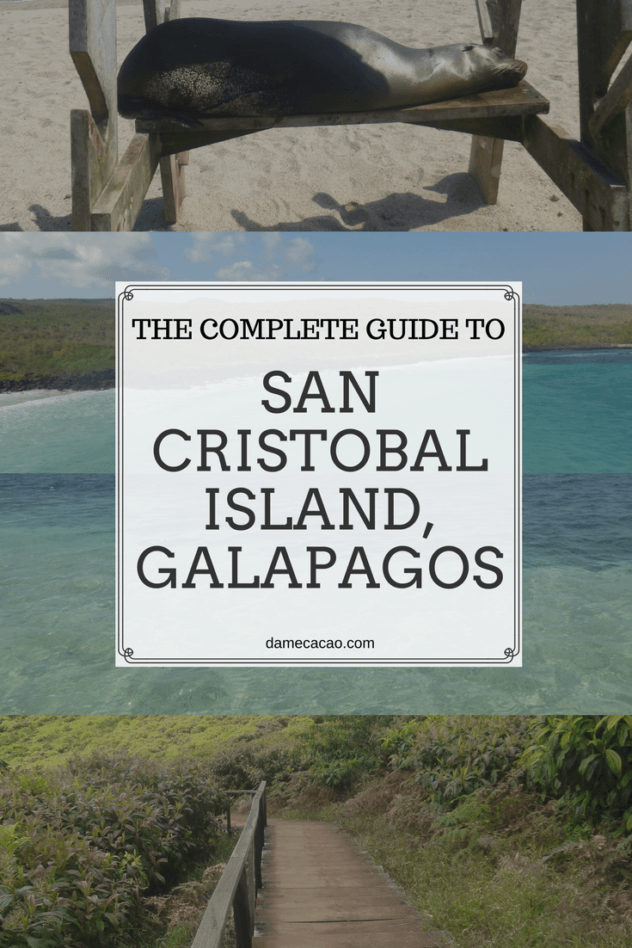 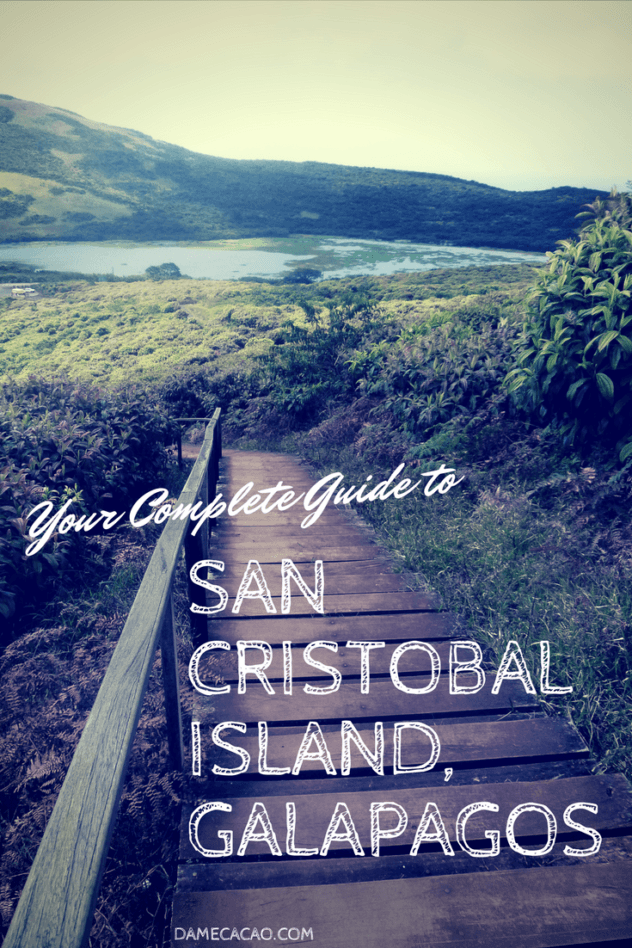 Have you ever visited San Cristobal or the other islands of the Galapagos? Anything else to add?

[…] I’ve heard a lot of different things about the other islands you can go to (San Cristobal has sea lions like the plague and Isabela is remote and beautiful) I think we picked the right one. […]

[…] Area of 558km2, maximum altitude of 730m.  San Cristobal is the most fertile island within the Galápagos and home to the oldest permanent settlement, found […]

[…] I’ve heard a lot of different things about the other islands you can go to (San Cristobal has sea lions like the plague and Isabela is remote and beautiful) I think we picked the right one. […]

How adorable are those sea lions. I would looove to visit the Galapagos (and Ecuador) one day!

You definitely should-- it's one of the few places I've been where everything was repeatedly prettier in person than the pictures I saw online. I'm so looking forward to heading back... thank you for reading! :)

Thank you so much for these. It’s on my bucket list. Only associated this place with wildlife not all these activities! Watersports is always a plus to me! Great! I am pinning this! Merci !

De rien! I'm glad you found this helpful. The Galapagos is by all means a series of islands... but they're pretty big islands! I've heard rumors that there's even coffee grown there, but after how hot it was I find that hard to believe. Thanks for reading! ^^