I didn’t get any sunburns during my four days at Finca San Juan! For me this is quite the achievement, and I am currently accepting pats on the back and rounds of applause. These days I’m just doing homework and interning, other than one notable salsa break (thanks Olga and Freddy!). However, this long-awaited trip northwest was a journey full of blood, sweat and tears, with all the blood being inside the mosquitos that bit me, and the majority of the other fluids having been secreted by my overworked sweat glands. 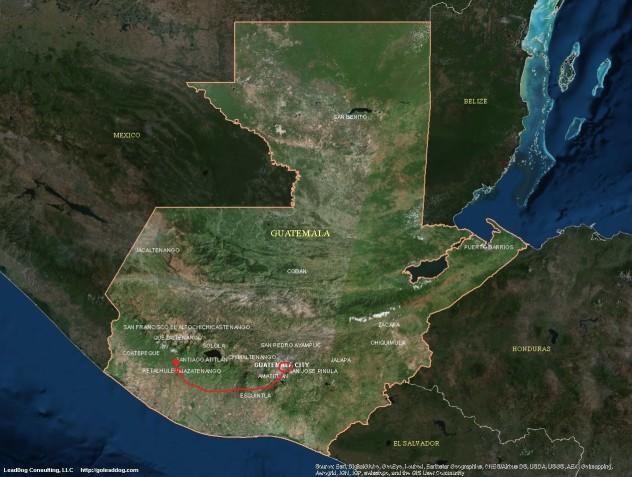 The path taken from Guatemala City to Retalhuleu -> San Felipe -> Finca San Juan, and then back. Only takes 4-7 hours depending on the day!

How to Get to the Cacao Plantation

I started my trip on Wednesday, at 12:15 in the afternoon in a taxi to the Santa Lucía bus station, where I caught a bus to Retalhuleu (the city whose name I can finally pronounce, though a bit late for it to be of any use). The bus ride took nearly five hours due to a full halt of traffic for over an hour in the middle of the trip. But I arrived, and met Jorge (the owner of the plantation) for the first time at the station. We went to the supermarket to buy food for the days ahead, and then we took two vans & a ginormous covered red tricycle (chauffeured, of course) to the Finca. Our return trip today was much easier due to the fact that it was daytime. 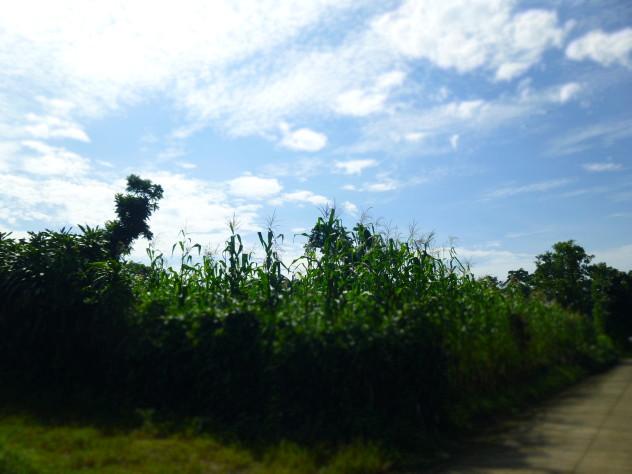 Some maiz/corn growing on some of Jorge’s land. 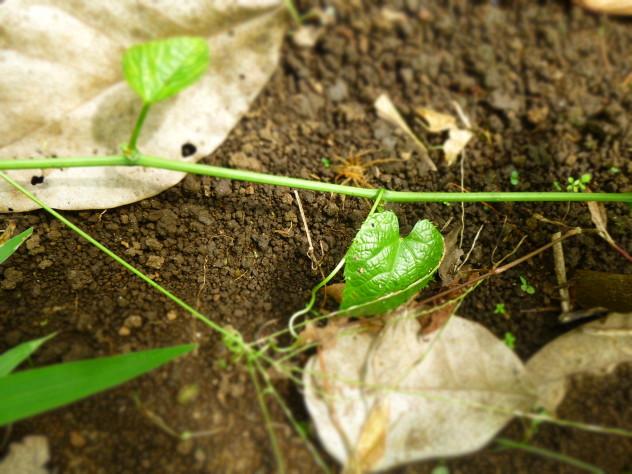 Early Thursday morning Jorge gave me a fruitful tour of the farm, from the nance trees (a tiny fruit about the size of a grape, with the flavor of Sweet Tarts candy but a strangely grainy texture) and the sun-drying cacao beans, to the bamboo forest. We saw almost all of the Finca over the course of two or three tours during my visit. This includes the land where he is growing his Trinitario cacao trees, currently growing ripe pods, and the land where he has planted criollo cacao trees as far as the eye can see. 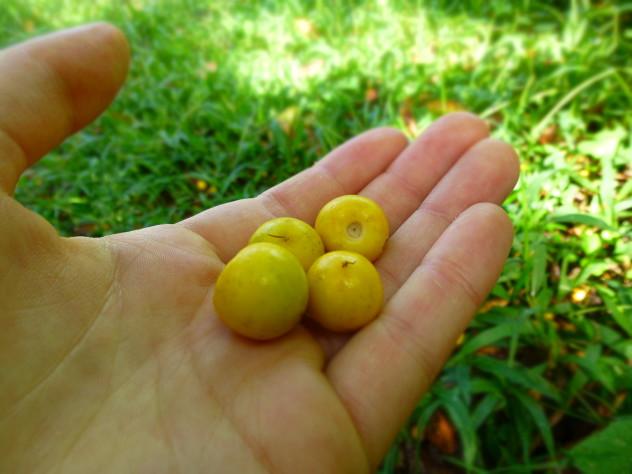 Beautiful & delicious nance fruits! Thye just fall to the ground when they’re ripe & you pick them up and eat around the pit. 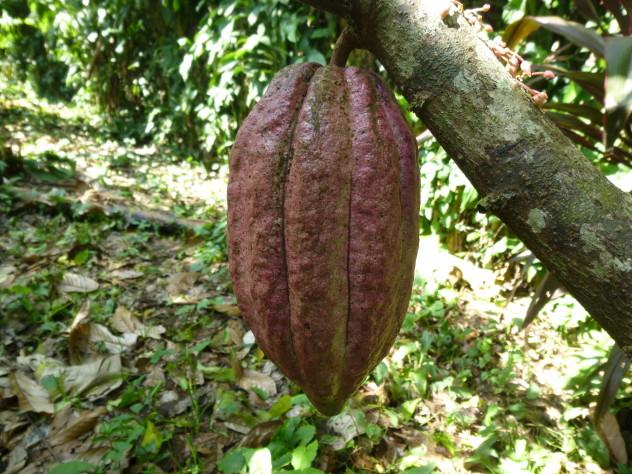 A trinitario cacao pod just weeks from being picked. 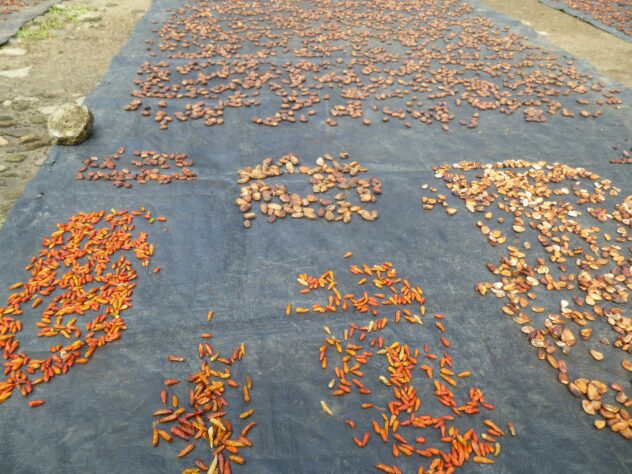 Cacao and chiles drying in the bright Guatemalan sun.

The Criollo is a rare type of cacao, which makes up less than one percent of all cacao currently grown in the world. It is difficult to cultivate and has a very mild flavor, without bitterness, giving it a market value double or triple that of the average bean. Jorge was very excited to find some criollo trees near his land,

and then also to have the opportunity to grown these trees for himself. All of his criollo trees will take some two years before they bear fruits, but by that time, Jorge expects to have thousands of trees and much cacao to sell! 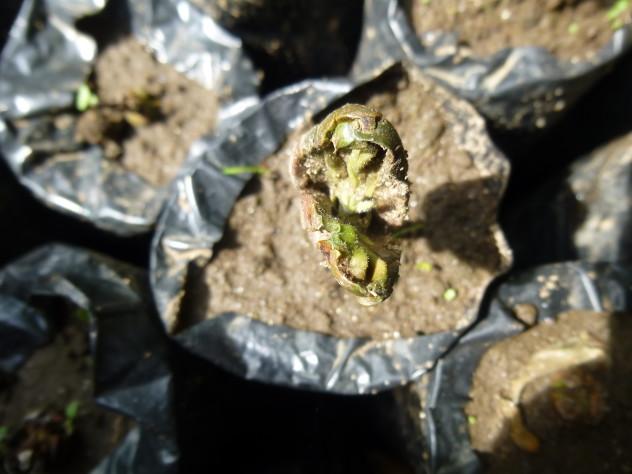 As for me, I’m just happy that I had this opportunity to visit such a diverse plantation, only just reaching its potential in terms of how many crops the land can handle, and which will thrive the most. I tried many varied types of new fruits, in addition to finishing an entire book and making friends with probably way too many new species of tropical insects. To wrap this up, many thanks to Jorge for his hospitality and the warning to bring way more bug spray than I expected to need; I really needed it! Until next time. 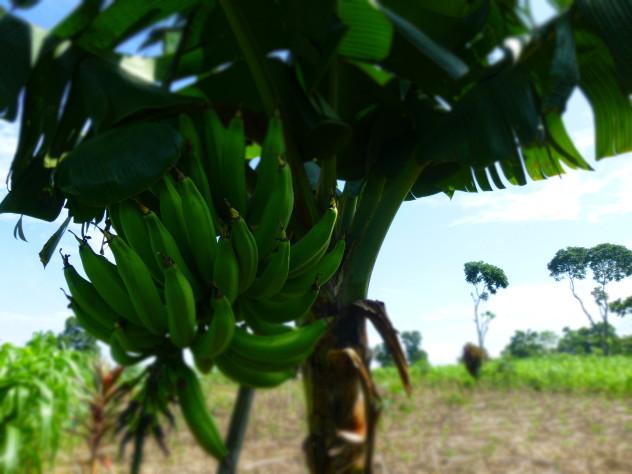 My favorite picture from the trip; a bunch of unripened plantains about ready to be cut and sent to market.

This sounds like a wonderful experience, and I love the pictures. Can't wait to go there with you, and you can show me around!