In honor of my 21st birthday yesterday, and the 6 weeks I just spent in Cuba, here are 21 things I don’t want you to have to struggle with during your trip to Cuba. There’s a mixture of positive and negative aspects there, some things more relevant than others, like the constant niggling reminders of communism weaved into everyday life.

I tried to reflect the complexity of this infuriating island, as well as the amazing sense of community it has created for Cubans. I really enjoyed most of my time in Cuba.

The days I spent in Havana were amazing, and Baracoa is truly stunning. But some days I just wanted to jump into the sea and get it over with. I imagine that’s how many Cubans at some points feel throughout their lives. So to ease your frustration, read on. 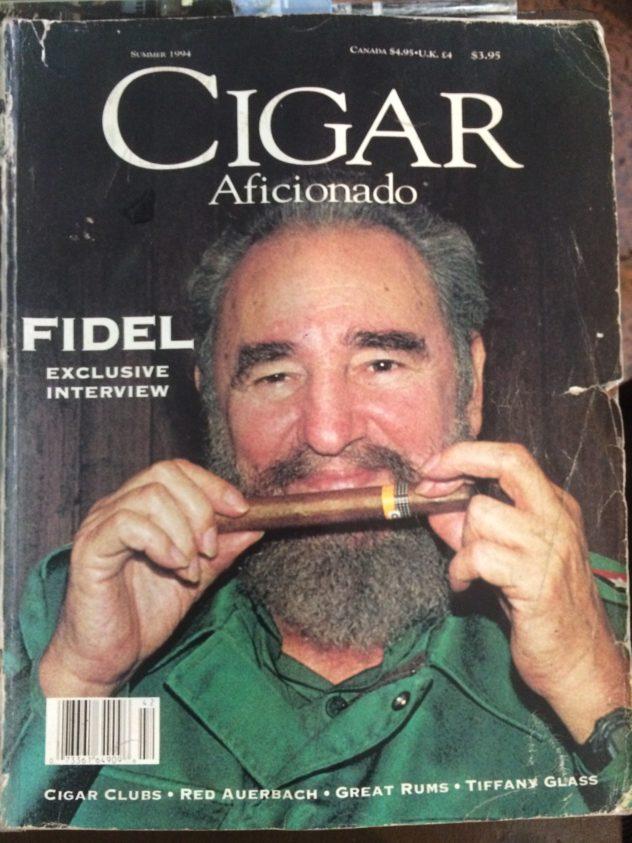 1. “¿Quién es el último?” is a phrase echoed throughout Cuba. It means “who’s last?” and is asked upon entering a room in which there is a line or queue which you must join. I did not understand this line-forming question the first time it was asked, but I quickly caught on after the first time I was left behind.

2. Window shopping for food, games, and clothes is a very common pastime, learned from a young age (in addition to Spot The Tourist, played by all Cubans from birth). Since all stores have very specific hours which are very loosely followed, people stock up on things whenever they can afford to. They go early in the morning to do this, so early-morning foot traffic is unavoidable. The government provides a specific amount of each product each day, so shopping is the morning ritual in most families.

Cuba has the biggest range of food prices I’ve ever seen in my life, all of it filling but not all of it good. On the other hand, the economy is set up so that tourists are squeezed of the most possible money, some of it given willingly and the rest demanded with no warning, for example the $25 to extend your visa even 1 measly day past the 30 you’re allowed with your original one. Consider yourself warned; I’m only salty because nobody warned me to save some CUC! 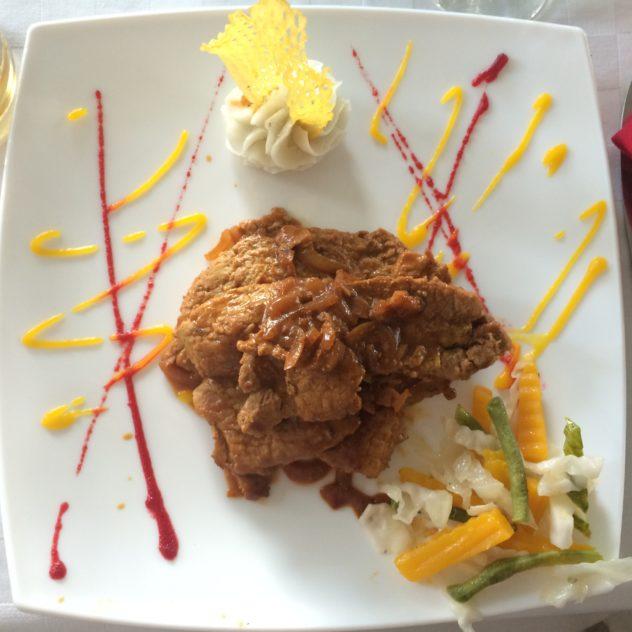 Most of the food is also of low quality, but occasionally you can find an absolute gem. This gourmet meal was $5.

4. Pollution is on the rise. A truly awesome amount of exhaust fumes are released into Cuba’s air every second. But nobody mentions this to you when you’re making plans. Maybe it’s because the pollution levels are something you can’t change, but every car that passes releases clouds of thick black smog, to the point that I choked on the cloying smell of it. The only shelter is in the countryside. At least until another truck cruises by.

5. Sh-sh-sh noises and/or air kisses are used to attract a person’s attention, both tourist and Cuban alike. I’ve never been so simultaneously flattered and/or disgusted. Coming back to the heavily-Hispanic city in which I live in the US was a welcome reprieve from the caricature of Havana’s Malecon.

6. Cubans are experts at standing around and waiting for stuff to eventually happen, as it always does. They’re also ingenious at fixing everything when they realize that nobody else is going to come and do it.

As tourists, we need patience for when the water line is damaged, or the electricity is off that day, or the bed in your casa particular is hard as wood, or you’re hungry but the food is too expensive for your poorly-executed budget. But Cubans put up with this and so much more on a daily basis, no matter what income bracket they live in. It’s just another one of those things that forces you to develop patience.

7. Capitalism is alive and well in Cuba; it’s just not accessible for most. The Cubans and government alike want us to spend a lot of money in the country, or they don’t want us in their country at all. The vast majority of Cubans don’t see this money, however, but for the social programs provided by the government.

All the general Cuban public knows is that we’re taking up spots which Cubans should get. And it’s just because we can pay for it and we got there first, something especially true whenever you buy anything in moneda nacional (MN). I understand their frustration.

A $3mn coin and a $3mn bill, both featuring Revolutionary hero Che Guevara.

8. Basically everybody smokes, and sometimes it seemed to have replaced dancing as the nation’s pastime. All along the Malecón, and on street corners and in clubs, there were people lighting up and looking around. There was usually a party going on somewhere nearby.

9. It is genuinely difficult to find dancing in Cuba, unless you’re looking for someone grinding to reggaeton or a tourist-oriented performance you’re expected to tip for. I realize that there are people who go to Cuba specifically to dance salsa, but what was once a celebrated pastime is now very often just exploited for tips. I don’t blame these performers for earning money from their craft, but I’d rather it be in a club where their music could be danced to rather than surprised at dinner.

10. Cuban ingenuity is everywhere, from using tiny sticks to keep windows closed during the day to using them to fix your toilet paper dispenser. This same ingenuity can also make a lot of jobs unnecessarily dangerous, like the electricity repairman using just a ladder and a really long stick to turn on and off the power to a neighborhood. 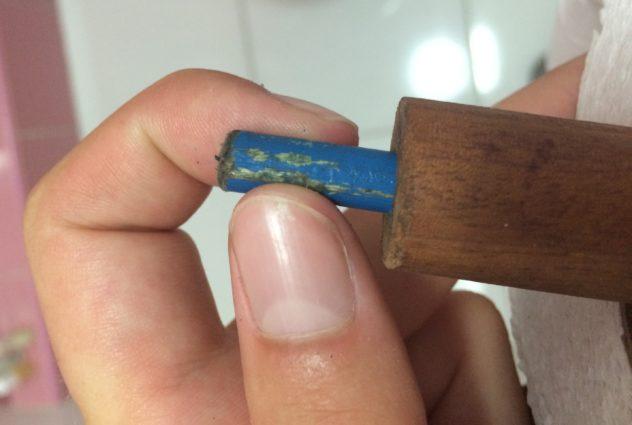 Lengthening a too-short toilet paper holder with a stick & some glue.

11. All of the tour agencies are literally the exact same (Havanatur, Cubatur, Gaviota), as all of them answer to the big boss (Fidel). None of them offers anything unique. It’s just a question of which is closest to your casa particular, because all of the cities with Viazul bus stops will have at least one agency.

12. Cuba has the best-coiffed hair and best-styled taxis in the world. I believe it would be genuinely difficult to find a country with such unity in what is considered fashionable, as well as such high interest in maintaining this style. What they wear when going out is basically at the same high level as during the day, but less fabric and even sharper.

13. They will literally offer you the shirt off their back. If you complement anyone on their style, especially someone from the older generations, it’s not uncommon for them to offer you their skirt or hat or bracelet, just because you like it. I shouldn’t have to say this, but don’t take their shirt.

14. Alcohol seems to fuel the revolution. Without alcohol, I’m not sure the revolution would still be in full swing. Everyone there seems to drink a lot, and start drinking from a young age. They can certainly hold their liquor. There are, of course, a lot of people who don’t drink alcohol, but they are few and far between. Liters from beer trucks and bottles of rum are all cheap and easily-obtainable starting in adolescence.

Because it is a communist country, many Cubans do their jobs because they are expected to rather than because they love it, meaning that they often look forward to the weekend and indulge heavily. With their amazing medical system, they also have insurance in case anything bad happens, although as far as we can tell there are no homeless shelters anywhere. 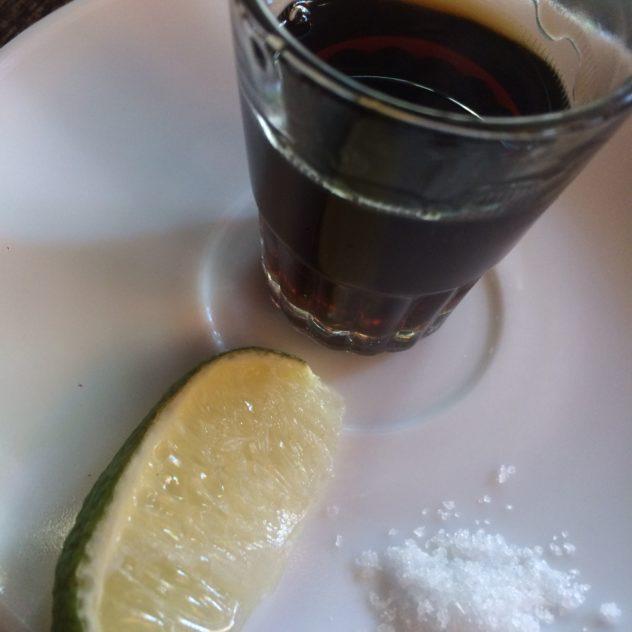 A shot of coffee tequila from a side street bar in Havana.

15. Cubans are masters at hand signals, to the point that they almost seem like their own language. They can call over a taxi, tell them how much they can pay, and know where the taxi is headed, all with just an exchange of hand signals along the highway.

16. Cubans are always on their slow hustle, patiently waiting it out until they know they have you in a corner. But even though they’ll be on their grind when working their hustle, the Cubans will tell you themselves that they lack a strong work ethic. Even in the government-run shops the posted hours will not necessarily be adhered to, especially on the weekends.

17. Bring something with you to calm you down, like maybe another person, as I did, because there will be days when you get frustrated with the system or the hustlers or your budget or unforeseen complications.

18. Cuba is for Couples. It’s not just the prices of having to rent a room in a casa particular, but the weird looks and catcalls you get if wandering the streets solo, and the package deals for honeymoons and vacations; most of the advertisements for the country are geared towards pairs.

19. There are numerous things that are impossible to buy. They are not just hard to find or expensive, but they don’t exist on the island. Often the power or water goes out in the whole town, and you and the locals all just have to put up with it, though there are useful things you could bring to combat such situations.

Here are some of the most useful and important things to bring, as your suitcase will be the only place they will come from: hand sanitizer, duct tape, Swiss Army knives, any basic nonprescription drugs, a portable water purifier, snack bars or bags of nuts, liquid soap, sunscreen & bug repellent (on this note, bringing the aforementioned things as well as lots of extra clothes as donations or bartering tools is very highly recommended).

20. There is a system for everything in Cuba. If you can’t figure it out on your own or from the vague instructions you may have been given, then you’re SOL. Cubans give the vaguest, or maybe just the most Cuban-specific, directions I have ever come across.

Traversing blocks mentally as they count them out loud, telling you to go up or down rather than left or right, pointing pa’lla with a purse of the lips, etc. are all things you will learn to dislike but deal with. Cubans are very tolerant and friendly, but they just internalize layouts and directions differently from most other Latin Americans, and will eventually get frustrated if you keep asking for more details.

21. Every city’s main streets are named after the same people. You could easily live on Calle Martí in three cities and then on Flor Crombet in the next four, since the main streets are where most casas are located.

Have you ever traveled around Cuba? What’s the strangest local quirk you’ve run into? 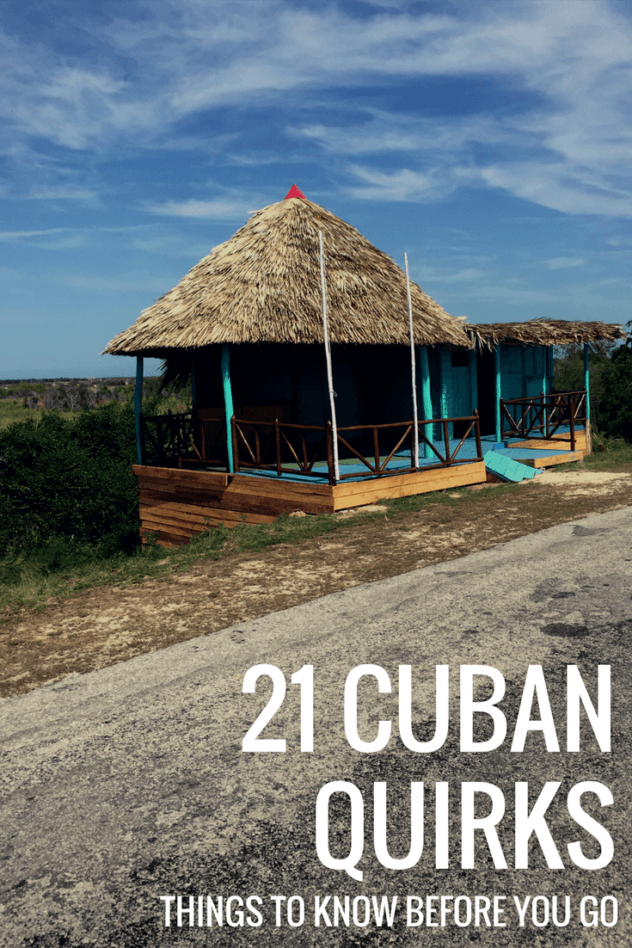 Pregnant women do not have to wait in line.

That's good to know! Thank you for the addition, Ines. :)