What Are Chocolate Inclusions & Why Use Them?

Think of your favorite chocolate; just humor me. Is it a smooth milk chocolate? Or a dark bar with whole almonds on the back? Oh, or maybe a sweet white chocolate with bits of dried fruit?

Whatever your fare of choice is, I’m sure you’ve run into some variants of those bars. The last two chocolates I mentioned actually feature inclusions, an industry term for any substance added to chocolate beyond the widely accepted ingredients (cacao, cocoa butter, sugar, milk powder, vanilla, and lecithin). In this article we’ll dig into what constitutes an inclusion and what types of inclusions are out there, from coffee and cacao nibs to passion fruit pulp. Should you be using inclusions in your chocolate? What are Inclusions in Chocolate?

Inclusions are extra ingredients added to chocolate, intended to improve the chocolate’s overall impact, either flavor-wise or aesthetically.

Sometimes a maker or chocolatier adds inclusions for both flavor and visual appeal, much more common these days considering that we “eat with our eyes.” One of the most common inclusions is vanilla. However, vanilla is so ubiquitous that it has become somewhat neutral territory in chocolate, and therefore is not generally considered a part of the “inclusion” category. In fact, to be considered as a contender in the Good Food Awards‘ Chocolate “Inclusion” category, a bar must include a flavoring ingredient other than vanilla. General categories for inclusions are as follows, with examples in parentheses:

You may think it’s obvious how these ingredients affect the chocolate’s final flavor— they make the chocolate taste like the inclusions, right? But this isn’t always the case. Any chocolate reviewer can humbly impart this truth. Each ingredient, down to the added cocoa butter, affects the final experience for the chocoholic in question. The state of the ingredient, and when & where they’re added during the chocolate making process also affect flavor & texture.

Jose of Mindo Chocolate in Ecuador actually has a very unique approach to inclusions— he is experimenting with adding them to fermenting cacao. In one batch of beans I tried, he had added guava to the fermenting trough, imparting guava flavor to the beans without adding guava to the final product. 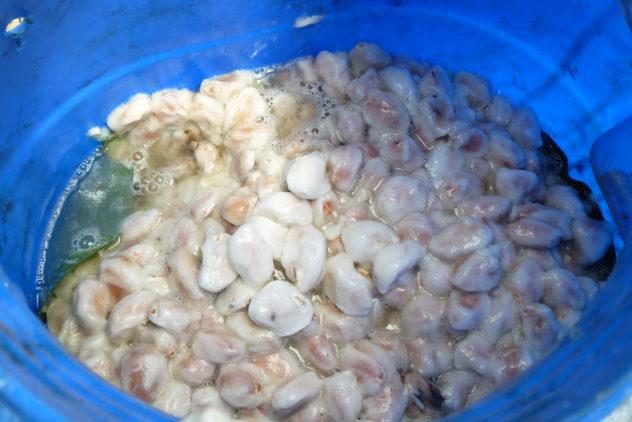 Fruits of any kind are almost always added at the end of processing, to the back of a newly tempered chocolate bar. Sometimes, however, they are added during cacao’s fermentation (see above) or mixed in at the end in the form of puree. They tend to add a less strong flavor than extracts, and a pointedly chewy or blatantly crunchy texture. Sometimes a dash of salt or a sprinkle of nibs are added to emphasize the fruity sweetness, but in general, fruit clashes with other inclusions.

Always blended throughout the chocolate, extracts are added at the end of processing due to their fragility. Natural extracts such as ginger oil have the tendency to lose their flavor potency if heated, as would happen several times during the refining stage of the chocolate making process. Note that most bars will not include more than one flavor extract, due to their tendency to overwhelm in high quantities. Treated similarly by makers in terms of when and where they are added, herbs and spices are more popular with chocolatiers than with chocolate makers. Like extracts, herbs & spices such as peppermint leaves tend to lose their potency if exposed to too much heat, so they’re always added at the end. Most of the time they are sprinkled delicately onto the back of the bar, just enough to stick in the chocolate, while still appearing to have mobility. Only the most finely-ground herbs and spices are blended into the chocolate, and this is still done at the end of the process.

It seems like a straight-forward addition to any well-meaning chocolate bar, but this is likely the most common inclusion, as well as the most flexible. Though chemically the same, each salt behaves differently in the presence of chocolate, depending on crystal size, source, when it was added, and paired inclusions. The most common form is large sea salt crystals, possibly because it sounds fancier, added to the back of a bar.

The sea, to be fair, is one of the most pure and aesthetically striking sources of salt available. If it is mixed into the bar, it can get so lost as to seem like a flavor note, and this is not an uncommon occurrence. That is why craft chocolate bars usually feature big crystals added to the back of a bar by hand. In this way, the taster can experience the pointed contrast between the sweet bar and the salt, each enhancing and complementing the other for a longer period.

They come from similar places, both finding their origin hanging off of a branch, but they are vastly different in result. Nuts add a crunchiness, or a chewiness if they’re old, and they tend to taste sweeter and earthier when raw. Macadamias add a sweet creaminess and nibs a brownie-like crunch, while peanuts lend a Reese’s vibe. But nibs are usually from the same origin as the cacao used to make the chocolate, so they have a reputation for emphasizing the sweetness in a bar by being not-sweet & often bitter, themselves.

These inclusions are pretty powerful flavors, so like extracts, they used to be added to lower-quality chocolate. Thankfully this is changing, as makers play around with the ingredients in their single-origin bars. But beware of imitators. Even craft chocolate with inclusions should still mention an origin for their beans, and not use any preservatives or strange-sounding chemicals. Nuts and/or nibs are usually paired with salt, if combined with any other inclusions.

This is the catch-all category, and as such it’s hard to make generalizations about these inclusions. However, unlike more traditional inclusions, these are usually more expensive & harder-to-find or local ingredients. Fruits, nuts, spices; all of these can be found in varying quantities in all corners of the world, and it makes sense that makers might want to showcase them. Thus, bars which include an off-the-wall ingredient are usually a limited edition bar or a chocofied version of a local dish.

Some examples are rose petals on Ecuadorian bars, dulce de leche swirls in Argentinian chocolate, and olive oil & rosemary truffles in Italy, each of which adds textural depth as well as a contrast to the chocolate. Not all of these craft chocolate, but they certainly could be. The quality of base chocolate used with such inclusions varies by maker, but if you like their single-origin bars, I’d take the leap and try one of their local specialties. Why are Inclusions Significant to Experience?

At first glance, the idea of inclusions seems to be to make the chocolate taste like something less rich, or more familiar. But this ignores the fact that many makers add one thing in order to emphasize another. Often inclusions are meant to complement or cover the inherent flavors of cacao beans. They trick your palate by using both your nose and eyes to steer your brain in one direction or another.

By creating expectations through both sight and smell, added flavorings potentially do no more than help you realize what was already there. Salt is usually used to make a bar taste sweeter, and fruit to bring out bright citrus or berry notes already present in the bar. Nibs are added to emphasize the flavor value of processing them into chocolate; no new ingredients are added, yet the same cacao can taste like a whole different food group.

My words are not the be-all, end-all on inclusions— there are exceptions to every rule. However this should serve as a guide to all those curious about how their taste buds and nose are affecting their level of contentment, both with their new favorites and the old stand-bys.

If you’re a chocolate maker, one way to appeal to a wider audience is to experiment with inclusions in bars. Adding inclusions to chocolate is a simple way to widen your customer base, especially when people see unique creations that they’d love to gift. Again, the eyes are the window to the soul AND the stomach. So why not let some interesting inclusions in the next time you’re looking for a breath of fresh air? 69% dark chocolate with whiskey: the nibs were stored in old whiskey barrels, bringing a potent flavor to the final product.

What are your favorite inclusions in chocolate? Or do you stick to the pure bars, no questions asked? 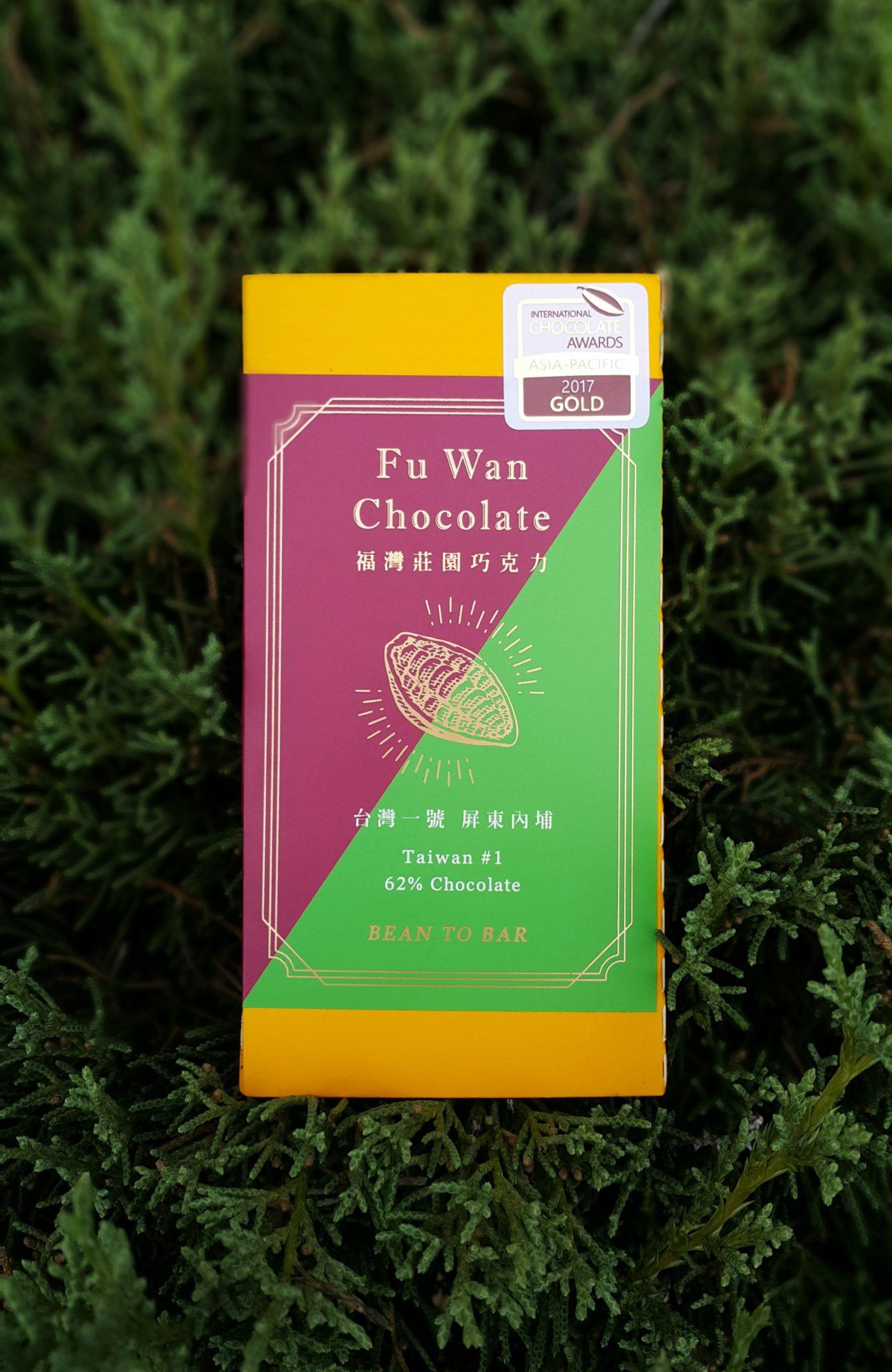 […] chocolate makers have been busy in their kitchens testing new and unusual flavour combinations(or inclusions) that are just delicious. Don’t believe us? You’ll just have to try them for yourself… if […]

I m from India planning to start my bonbons and bean to bar business, I have 2 enquiries. Firstly which company melangeur I can use for refining and conching to produce great quality bars, santha, Premier or any other company.

Ah, good luck with starting your business, Vivek! You can start with a small melangeur from any company, but Santha and Premiere both have good reputations.

As for the flavors, I recommend you re-read this part of the article: https://damecacao.com/what-are-chocolate-inclusions/#Herbs_Spices as it details when people usually add certain types of inclusions. You can add things in fresh or dried form, and infuse them or add them directly. Never add a paste or other liquid to your chocolate unless you want to ruin it. The exception to this is less than 0.5% of a flavoring liquid, and usually much less, like 0.1%.

Hi, This is Pranav from India, an aspiring chocolate maker. Loved your blog on inclusion. I am trying to make a 55% milk chocolate infused with tea. How and when should I add tea to the melanger? I have read about infusing cocoa butter with tea and then adding it to the melanger. Should I try that or is their a different approach?

Hi, Pranav! I'm glad you're enjoying the site. I've found that bars made with tea powder added directly tend to taste too bitter and astringent, and I really prefer bars made with infused cocoa butter. You should read some articles on infusing cocoa butter to understand it better, but basically you keep the tea leaves & cocoa butter warmed to low 40s/50s Celsius for a long period of time to infuse the tea flavor into the cocoa butter. Some makers also directly infuse the chocolate (with the same idea of infusing the flavor into the fat) before tempering. Fat carries the flavor, after all! You can try both methods and see which you prefer, but for a milk chocolate it may be easier to try infusing cocoa butter first. Good luck with your experiments!

[…] Republic, Ecuador, Trinidad and Tobago, and Honduras. Unlike other purveyors, Rogue also never used inclusions — ingredients commonly added for flavor like fruit, nuts, and salt. Along the way, the […]