It is fascinating looking back at all of the notes I stamped out on my phone in Cuba. Many of them are so passive-aggressive, or even actively aggressive. I had a largely positive experience in the country, but it was regularly overshadowed by several big things I’ll reveal in this more overtly personal, and much less positive perspective on beautiful Cuba. 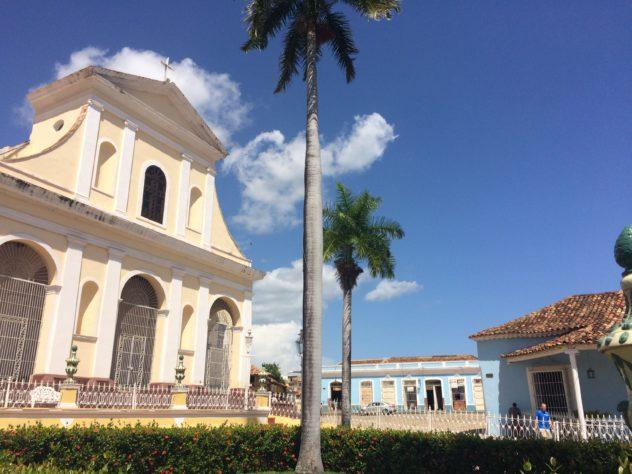 Sitting on a Surprise Prayer

I think that too many bloggers put a spin on or vaguely mention things that should be stated outright to readers, to avoid overinflated expectations. No country is perfect, and Cuba is no exception. In fact, some things about travel there should be emphatically explained as negatives, though everything is overcomeable. You just need to know to expect it.

Over four months ago I returned from the island, but I have just a couple more things to write about her before I close the book on this year’s travels. So much of what you read about Cuba is so positive, and I think that it is for that reason that I noticed a lot more of the negative. I was primed for all of the good things and was simply unprepared for so much of the bad— the guilty feelings of a tourist in a country with very poor citizens, frustration over intense bureaucracy, aggressive sidewalk hustlers, etc. Which brings us to 10:30am on our third day in the quaint but beloved city of Trinidad, stopped on the roadside waiting for a local bus; an hour had already passed since we got there.

A man, Rafael, whom I had initially asked about the bus schedule, broke me into a spontaneous repeat-after-me prayer right before it finally arrived. He gave me a toothy grin as he reached for the plastic bags layered at his feet, and everyone ran together towards the vehicle as if it would leave without them. In reality, they just wanted a seat for the long journey. 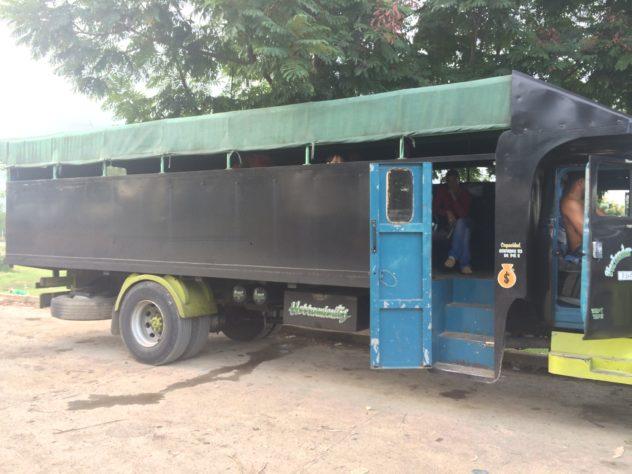 A covered truck with benches, a moderate class of local Cuban transport.

Running for the bus in the countryside is the only time I ever saw Cubans impatiently and aggressively pile up. They don’t form a line so much as a clump, and then they pulse inwards until everybody has oozed on and the luckiest have found seats. I have never felt so much silent animosity in my life as when I got a seat on that bus. I thought I was tired, but if I had to do it over again, I would probably just try to stand in the back and let someone else rest, though Rafael got me the seat and was very enthusiastic about me sitting in it.

But Cuba is a difficult country to be in no matter who you are. There’s a lot of hurt stored in the hearts of the Cuban people. It is near impossible to explain to people that yes, you are rich in comparison, and immensely privileged, but that you prefer to take local transport because it is cheaper and in all previous experiences, welcoming of foreigners. You realize that Cuban people subsidize this transportation with their immense “taxes” (or rather their extremely small government pay), but you also paid taxes upon arrival and departure, and throughout your stay; you cannot escape from them, either.

If you were to get to the last week of your trip and be out of cash, you would really not know what to do, as there is no way to access your money in the US and it is difficult to contact your family. It doesn’t make sense to them, because if they are on that bus then all they know is Cuba, and in Cuba there are too many humans who want to go places and too few buses and too many people packed in the same tiny spaces for hours on end. 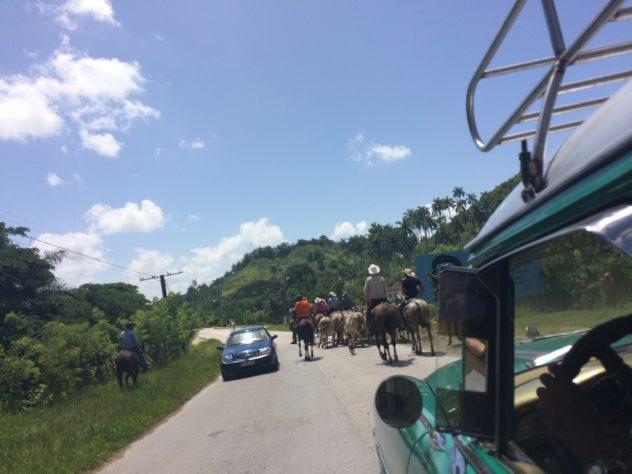 Changing My Perspective of the Past

I have never felt so unwelcomed and simultaneously understood why so well. I loved my time in Cuba, but sometimes I dreaded going outside. It really wasn’t an easy place to be for anyone, and I saw that more and more each day I was there. That particular day ended nicely after we arrived at our destination, but I would never repeat that tense bus trip. We were certainly welcomed with open arms all over Cuba, Sancti Espiritu no exception, but it is recalling moments like these that can sour my memories of Cuba.

So I have been working on my perspective of such situations, just as the Cubans do, and choose to relive only the countless ones which bring me happiness. Though this might seem like just another white tourist complaining about that one time they weren’t welcomed with completely open arms, it certainly wasn’t an isolated incident for us. It was a recurrent feeling that you got wind of if you were paying attention; it was sporadically present, but such tenseness demands recognition. 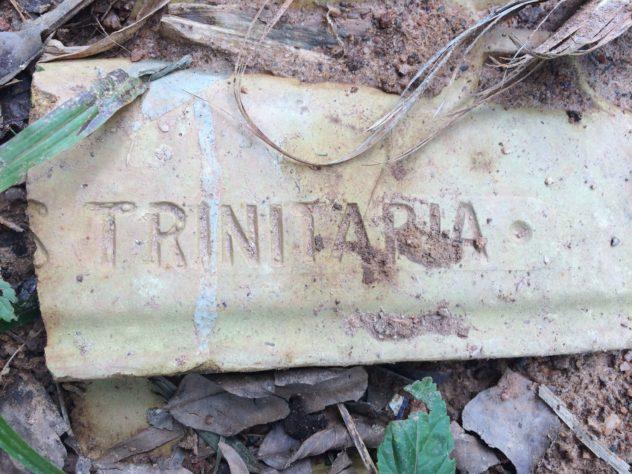 My feelings during that last week-and-a-half of our six weeks, when I was wracked with bronchitis and an intense craving for Thai food, are well-summed up in this note I took on one of my last nights in Havana:

“Nearing the end of my trip, all I can say about Cuba is ya me canso; I am done. It’s probably what runs through every Cuban’s mind at least once a day, but I am simply done with all of the eye-raping, government gouging, destination limiting, queuing, and the lunching-whenever-you-want-because-your-government-job-will-always-be-there-and-pays-you-pittance-anyway that comes with this communist country. Cubans go through it every day; me, for just six weeks. But what is additionally available to you as a tourist can also bring consistent stares of derision, and annoyance at your mere presence. Most of the time you can adjust yourself to it, maybe pretend it isn’t happening, but in the end you are simultaneously fed up with & have immense pity for the Cuban people, because you, eventually, escape.” 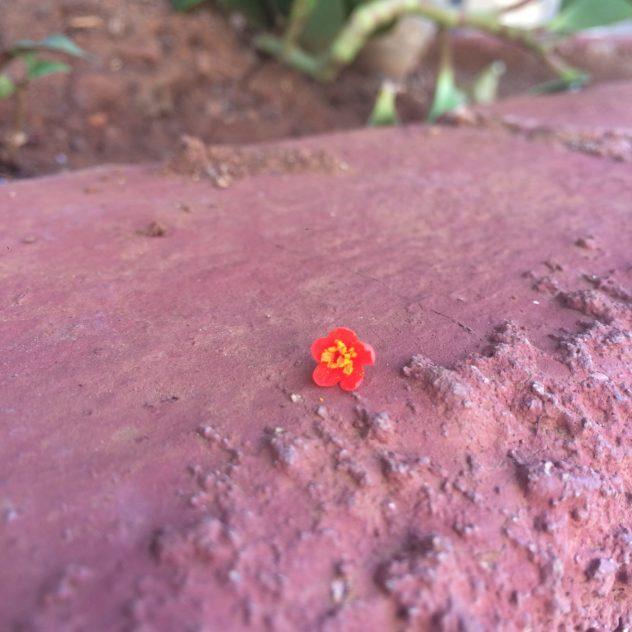 If you found this post interesting or relatable, please pin it for later! 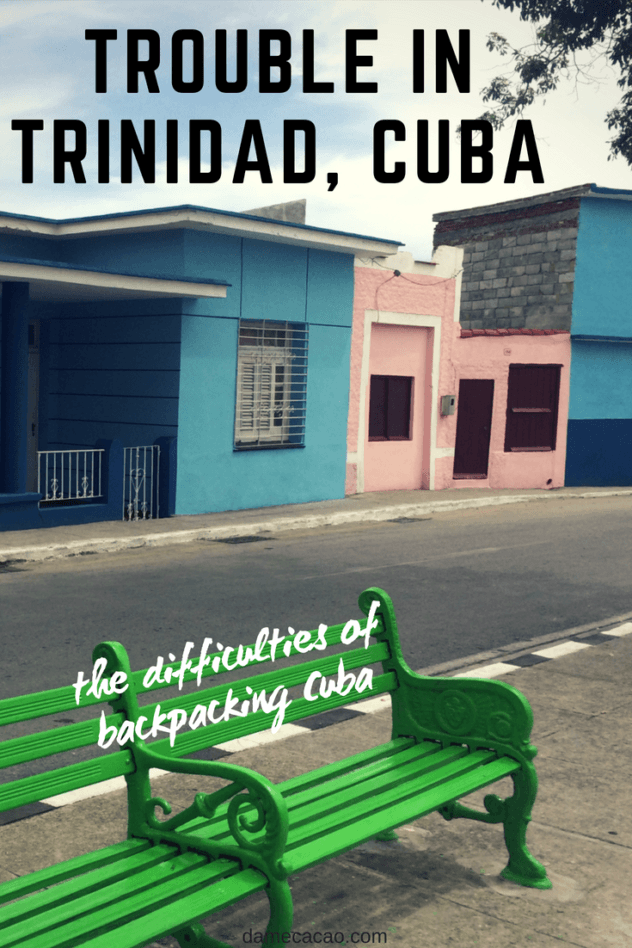 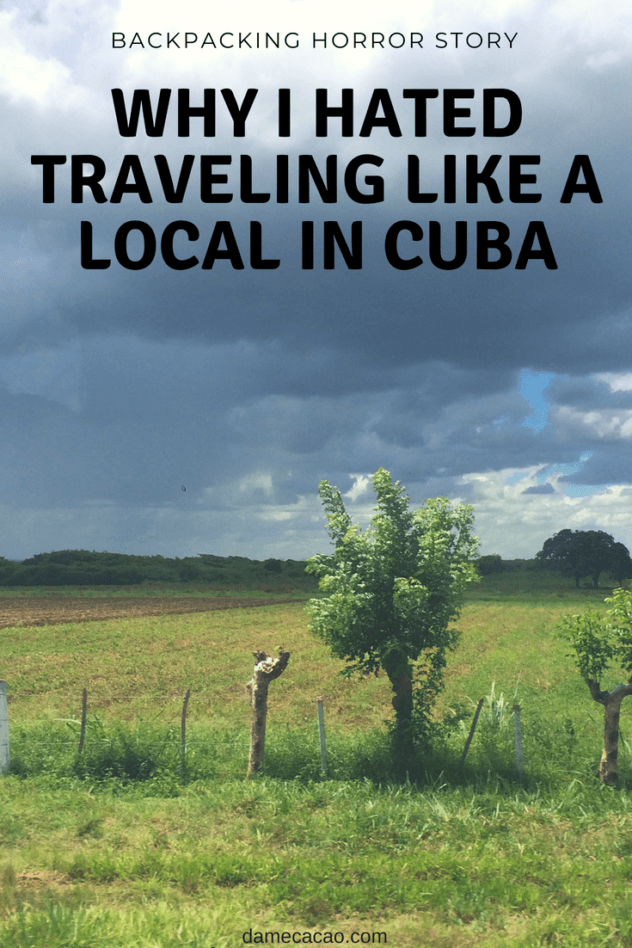 Just want to say you write really well. Didn't think I was going to enjoy this piece as much as I did when I read the title. Looking forward to reading more of your stuff :)

Thanks, Lauren! When I wrote this piece it was much more of a diary than a website, so I made a point to always tell the truth to myself (and now others, too). I'm glad you like it, and I look forward to entertaining you further! I hope you got some insight from it, as well.